Click three white bars at the top of the page, for the menu to navigate on the website

​Gerry Coker (1922-2020)Gerald Charles Coker, known to all as “Gerry,” was born June 24, 1922 in Northamptonshire, England.  He is known in the Healey world for his body design of the Healey Hundred introduced in 1952.
Gerry’s design talent showed up early in life with his childhood “doodles” of motorcars.  He began his training as an engineer in 1939 when he apprenticed at the Rootes Group, where he worked with experimental designs for armored vehicles and other military vehicle components prior to and during WWII.
He joined the Donald Healey Motor Company as Healey’s body engineer in 1950.  His first job was to look after the Nash Healeys as they came from Panelcraft, the Nash Healey body makers.
Early on at the DHMC, Healey challenged Gerry to show him a sports car design, and in late 1950, he created the body design for what would become the Austin-Healey 100.  This timelessly beautiful sports car stole the show in October, 1952 when it debuted as the Healey Hundred at the London Motor Show at Earls Court.
Gerry also styled the Austin-Healey Streamliner (the “pretty one,” he says) that was driven to 192.7 mph at the Bonneville Salt Flats in 1954 while establishing records in speed and endurance.  And just before moving on from the DHMC, Gerry developed the preliminary body design for the forthcoming Austin-Healey Sprite, which made its very successful first appearance in 1958. Budget considerations caused the Sprite’s final design to be altered considerably. This early design did not include the unique headlamps which caused the first Sprites to be called “Bugeye” in North America and “Frogeye” in Great Britain.
Gerry and his wife, Marion, were wed in June, 1953 near Coventry, Warwickshire.  Their engagement coincided with Gerry’s design work for the Healey Hundred.  Their wedding almost didn’t take place, as that June weekend was also the race weekend at Le Mans.  Donald Healey had entered four cars (two Austin-Healeys and two Nash Healeys) and wanted Gerry to attend the race.  He did not.  Marion recalls that “I won that one!”
In 1957, the Cokers left England for life in America. Gerry worked at the Chrysler Corporation for about five years before a move to the Ford Motor Company, where he worked until 1987, when he retired as a Senior Product Design Engineer.  It was Gerry who designed the famous dual action tailgate for station wagons; he and Ford hold a patent on his ingenious design.
Gerry and Marion Coker are familiar faces to most Healey club members who have met them over the years at various Austin-Healey meets. Gerry passed away surrounded by family Nov. 13, 2020.
When you see an Austin-Healey, you can thank Gerry Coker for its timeless design.
Click  on the link below
Gerry Coker Interview 2008
​

Rob Dexter related how he hadn't upgraded the valuation of his car in quite awhile and had concerns about whether he would be able to recover enough to rebuild the car.  The other driver was at fault and because of the frame damage to the Healey, it could not be economically repaired.  Rob's misfortune gave everyone on the call some food for thought about the insurance coverage on our Healeys.

​​As a result, our next AH-BS Zoom Conference on Monday, November 30th at 7 pm will feature Steven Mollohan, president of Georgetown Insurance Agency and a Hagerty Classic Car Insurance representative.  Steven did a tech session at Dave Altman's in Ipswich a few years ago and was very informative.  He'll talk to us about topics such as collector insurance v. classic car insurance, agreed value v. stated value coverage, driving and mileage restrictions, valuing your car and repair in case of an accident.  Rob Dexter will also be on hand to talk about his experience.

It would be helpful if you have any insurance questions that you've been thinking about to email them to me in advance to make sure we get them answered.  I'll send out a reminder along with the Zoom invitation a little later in the month. 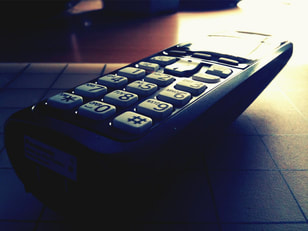 The best experience is joining by video, but you can still call in by phone using the 929 205 6099 number and entering the meeting ID 890 4402 2005 at the prompt Passcode: 535597  For those that haven’t Zoomed before, here’s a helpful video on how to get started: https://www.youtube.com/watch?time_continue=5&v=9isp3qPeQ0E&feature=emb_logo
Zoom will allow us to share documents, pictures and live video from your garage if you want to show us the tech issue you need some help with.  Please join us for these always helpful and entertaining tech calls.
​
The purpose of the Technical Support call is to assist all club members with maintenance and repair of their Austin Healey for all major systems of the marque. Our call will be an open forum for all your Healey technical questions.  We record Zoom Technical calls to provide a permanent record for club members and assist Dutcha and her note taking for HEN publications.

Thank you to all participants on these interesting and lively technical zoom calls.
Please email Pete Sturtevant at healeybn4@comcast.net with any questions in advance.

If you are using a speaker phone, please mute your computer/phone when not speaking, to eliminate any background noise

AHC NE Members:  You can watch past Technical Zoom meetings on the page in the Members Only section of our website
Veterans Miracle Center of Albany is the AHC NE official charity for 2020.  VMC Director, Melody Burns receives from Denny Broughel, with proper social distancing, the club's $3500 donation.

Healeys@Newport - Summit 2021
September 19th to 23rd
Donald Osborne will be our Special Guest on
Wednesday, September 22nd at the Car Show at the Elms Mansion in the morning and the Audrain Museum in the afternoon 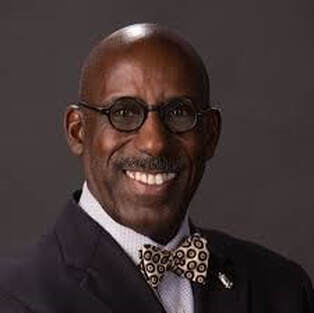 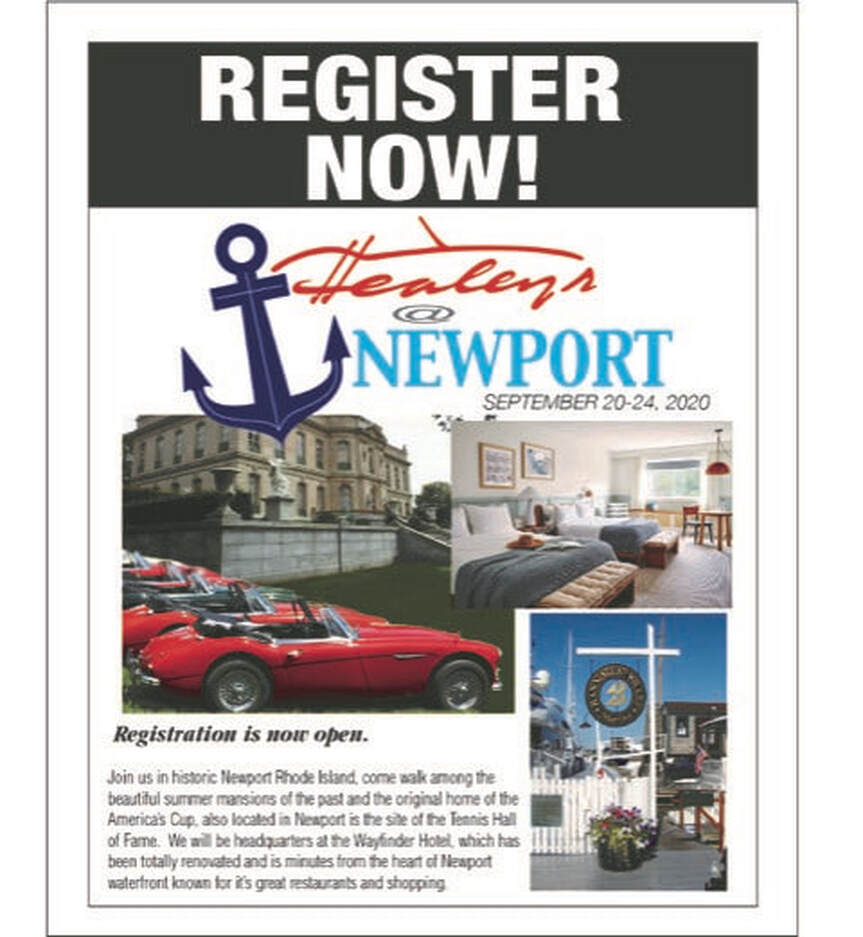