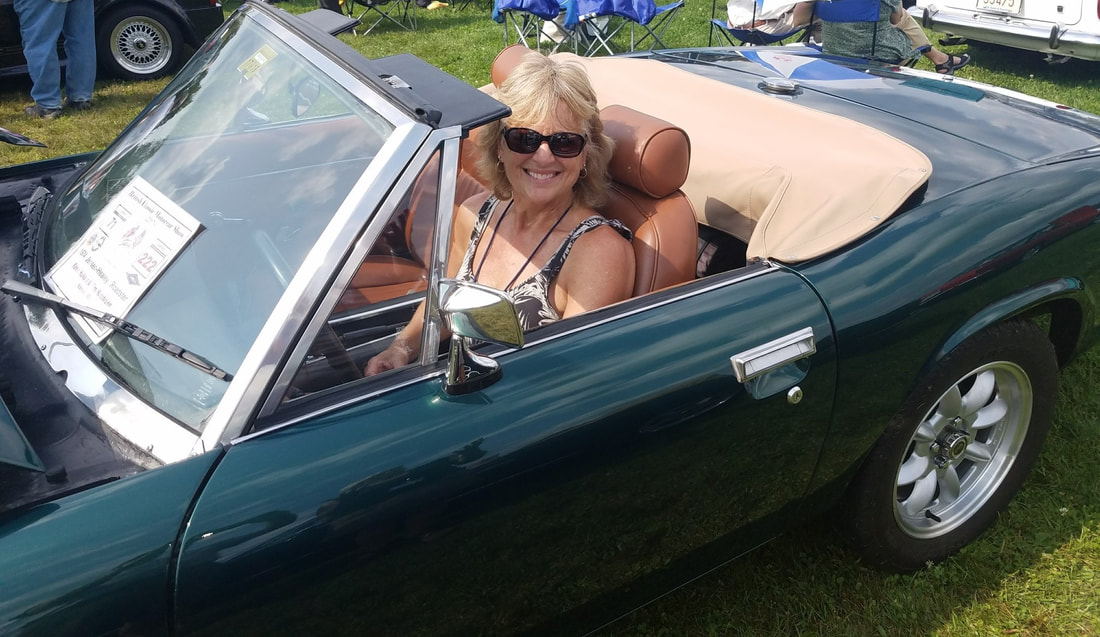 I will confess, I did not know anything about Austin Healey’s until I met Bob Britton in 1999.  For our first date Bob asked me if I would go with him to a car show in Westminster, VT.  Hands down, I said NO WAY not wanting to go to a car show with someone I met the day before.   I was thinking what if I didn’t like him and was stuck in some field looking at cars I had no knowledge of.    Since I was curious about the car I told Bob he could stop by my house on his way back from the car show.  And he did!
A few dates later Bob takes me out for a ride in his Colorado Red BJ7 Austin Healey.   Proud as a peacock driving down his road Bob is explaining to me the dashboard instruments.  To my surprise they were Smiths instruments, the same company I worked for.  Less than a mile from Bob’s house we felt a little engine hesitation, then jerking and coasted to the side of the road.  We had run out of gas!
My second adventure in the Austin Healey was for my first British Invasion in Stowe VT.   As we exited I89 passing thru Waterbury, VT there was this slight hesitation as Bob accelerated.  Then sputter, sputter, yes you guessed it, we ran out of gas AGAIN!   From that day forward if the gas gauge hits ¼ of tank I make Bob stop and get gas.
Over the years Bob has encouraged me to drive his Healey.  I am the driver for most rallies, race in gymkhanas, hill climbs, speed events, and in 2012 I was fortunate to be driving in the Montreal F-1 Driver’s Parade with Sergio Perez sitting in the back of Bobs’ AH.   I have met and made many friends in the AHC of NE and now I am your Treasurer/Membership Director.  So maybe it is time for me to get my own Healey, but I need something fast and easy to drive, sounds like a Jensen Healey to me!
Update: Sept 2017 British Invasion I found my Jensen Healey, a 1974 Jensen Healey Mark II.   I am looking forward to participating in future Austin Healey Club events. 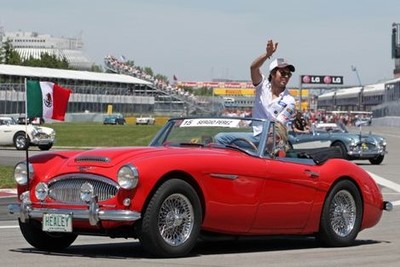 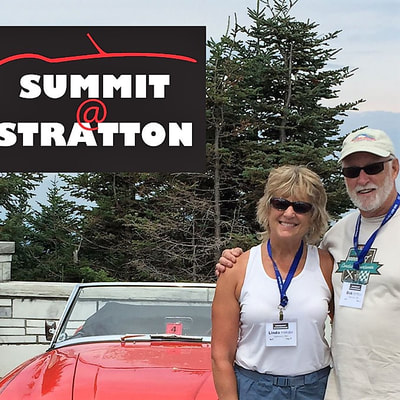